New Jersey Bail Reform will soon be drowning in debt – with nothing to show for the millions spent.

Acting Administrative Director Judge Glenn Grant appeared before the New Jersey Senate on April 17, 2018 to present the judiciary’s budget.  Of course, after a full fiscal year of the State’s new bail reform laws, all eyes were on Trenton to see if the Judiciary could present a single statistic proving that bail reform worked, other than continuing to boast of a reduction in jail population that was actually less than the full year prior to the implementation of bail reform.

Well, for those who expected to see the numbers, they were completely disappointed.  Not only were no numbers presented, Judge Grant continued his bob-and-weave bureaucratic delay tactics by now claiming we can only understand if bail reform worked by gathering five years’ worth of data from the old system.

That’s right—we need to go back in time to report the current stats on the performance of bail reform.

Of course, let’s not forget, this is the same information Dr. Marie VanNostrand already gathered in her Luminosity report – which served as the basis for bail reform in the first place.  It would be quite easy to just release the 2017 numbers and do a comparison.  Plus, New Jersey, touted as the only state to get an “A” on bail reform by the Pretrial Justice Institute, could then be compared to other states’ numbers, which are also widely available using search engines apparently not allowed over at the New Jersey courts.

Folks, let’s not kid ourselves—the numbers aren’t good.  No one would hide good numbers.  If crimes while on bail were lower—we’d be hearing about it.  If everyone were showing up at court as if it were free Rita’s water ice day, the papers would have that everywhere.  If the counties were saving all kinds of money they could allocate to other programs, rather than cutting services and raising taxes to pay for bail reform, we’d be reading about it every day.

One thing remains true—if the state government creates a program, it never fails, and if it does, it is because the program was not adequately funded.  Merits, be damned!

Turning to the reason for the hearing, which was the presentation of the Judiciary’s budget request, there were continuing concerns about the costs of bail reform and whether the legislature would be asked for additional money to pay for bail reform.  Turns out that is indeed the case.

“Even with large carryover balances and reserves, and strict controls over spending, our projections show the Pretrial Services Program will run out of money by the fourth quarter of 2020.” – Acting Administrative Director Judge Glenn Grant

Of course, prior to completely running out of money, the legislature will have to make up an additional $13 million in costs this year, FY 2018.  So not only did this program fail to save any money, it’s going to run completely out of money.

To add insult to injury, Judge Grant noted that the current level of pretrial services funding itself, even if the State had the money, is completely inadequate to do the job correctly.  In fact, Judge Grant said that “absent additional sustainable funding” the lack of services being offered by pretrial services would continue to be a “significant challenge” to the new bail system.  So, even if properly funded, the program is not going to work.

As proponents of bail reform continue to point to New Jersey’s bail reform as a success, the results are anything but a success.  If the program worked, which no one can say it did, it would be hard to then argue that it was cost effective since not only is there going to be no “justice reinvestment” in New Jersey, but instead hard-working New Jersey citizens are going to be asked to pour more money down the bail reform rabbit hole, hoping for different results that will likely be nothing but more of the same.

For the legislature, the question becomes, when is it time to send in a team of independent auditors to force the answers?

While the Courts tout the millions they have spent on new computers, unfortunately it’s time to go a little more old school and send in teams of auditors wearing thick glasses and pocket protectors to try and get some real answers before the successful bail reform bankrupts the Garden State – all while offenders continue to be released with a free bus pass on nothing more than a handshake and a “promise” to appear in court.

Down at the New Jersey Courts, admitting failure is not an option, regardless of how farcical this will eventually become. 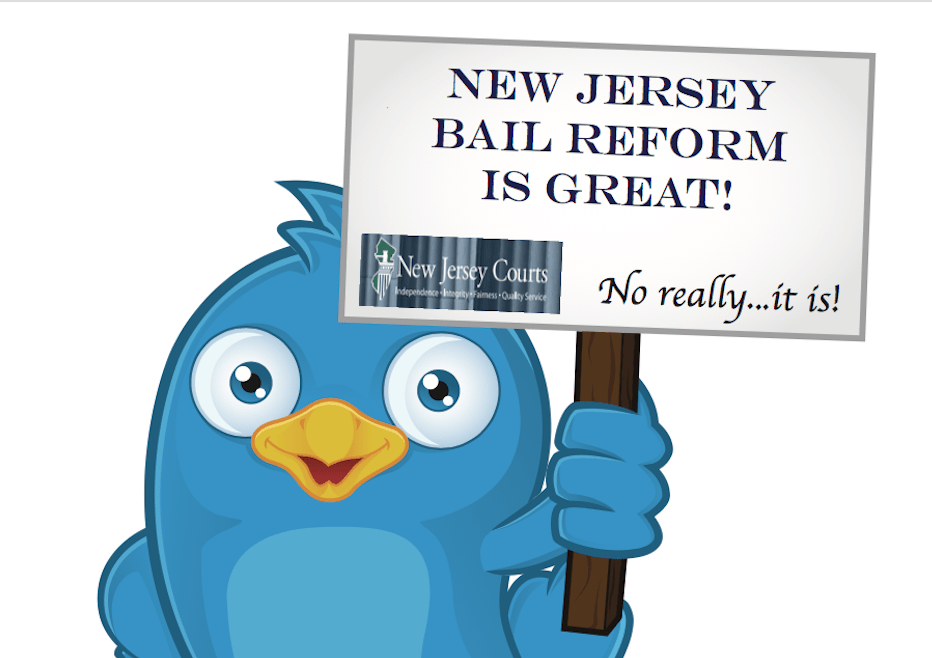